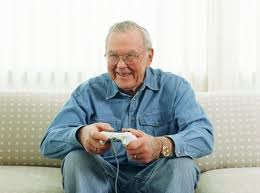 There’s been a lot of discussion this week about a new article in Nature by Anguera et al. titled “Video game training enhances cognitive control in older adults”. This paper appears to demonstrate what a lot of brain training programs promise, but few seem to deliver; genuine cognitive benefits that generalised to additional untrained cognitive domains/abilities, in older adults.

The positive effects seen are quite large, and as such, the results appear to be quite promising. There are still some reasons for scepticism though. Firstly, this result stands in contrast to other research which shows no effect of similar training programs (including another study by Adrian Owen et al., also published in Nature a few years ago). Secondly, the number of subjects in this study is pretty small, with only 15 per group. As Button et al. (2013)  have pointed out recently, small sample sizes can lead to an inflation of the estimates of effect sizes.

There are several other issues with the paper, but they have been most ably covered by others, notably Christian Jarrett on the BPS Research Digest, and Daniel Simons on his own blog, so I encourage interested readers to go and check out those sources rather than repeat them here. It would be wonderful if such a simple intervention could halt or slow cognitive decline in older adults, however (as usual) more work is needed with larger groups of people before we’ll know for sure if that’s the case.

A short video from Nature that explains the study is embedded below: